This database includes over 100 mutations found in the SLC52A2 and SLC52A3 riboflavin transporter genes.  The aim is to provide information to physicians as to whether or not a mutation found in a patient has been seen before in other affected individuals. The database is also used by researchers. Mutations and variants listed come from the literature, from direct submission by laboratories, and from direct submission by affected families.  All variants have been found in either homozygous or compound heterozygous state in individuals affected by RTD.  The large majority of mutations are confirmed by pathogenicity algorithms, including  SIFT and PolyPhen-2. Mutations that have been reported only in the heterozygous state in individuals with RTD symptoms are also identified separately.

As mutations in these riboflavin transporters have only recently been associated with RTD, phenotype-genotype correlations have been difficult.  Preliminary observations indicate that mutations causing pre-mature truncations of SLC52A2 and SLC52A3, or causing mutations in the COOH-terminal of SLC52A3,  may be associated with increased disease severity and lower levels of riboflavin in the plasma.  Functional alterations caused by mutations in several SLC52A2 genes have been assessed using an in vitro transient expression system.  SLC52A2 genes with moderate riboflavin transport, such as 916G>A; G306R, when found in the homozygous state have been found to be associated with later onset presentation and milder presentation in many patients.  Out of over 105 individuals with RTD Type 2 known by Cure RTD none harbored biallelic loss of function mutations, indicating that this combination is unlikely to be compatible with life.  There have only been a few cases of RTD Type 3 reported that harbored biallelic loss of function mutations, which all resulted in very severe presentation under the age of 1 year and unclear the outcome with riboflavin treatment.

Individuals with the same gene mutations are often associated with a varying clinical onset and course, including between siblings. Owing to the varying  phenotypic expression of the same mutations, it is conceivable that some genetic or epigenetic factors affect the symptoms and progression in this group of diseases.

Mutations in both SLC52A2 and SLC52A3 are spread throughout the genes and located in transmembrane, intracellular and extracellular loops.  Besides the deletion of two exons in SLC52A1 causing mild maternal riboflavin deficiency, no other pathogenic mutations associated with MADD or RTD have been reported in this gene. 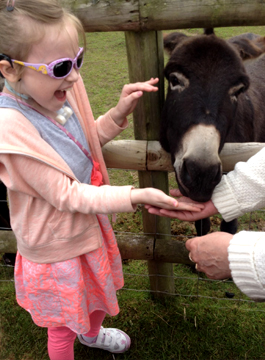 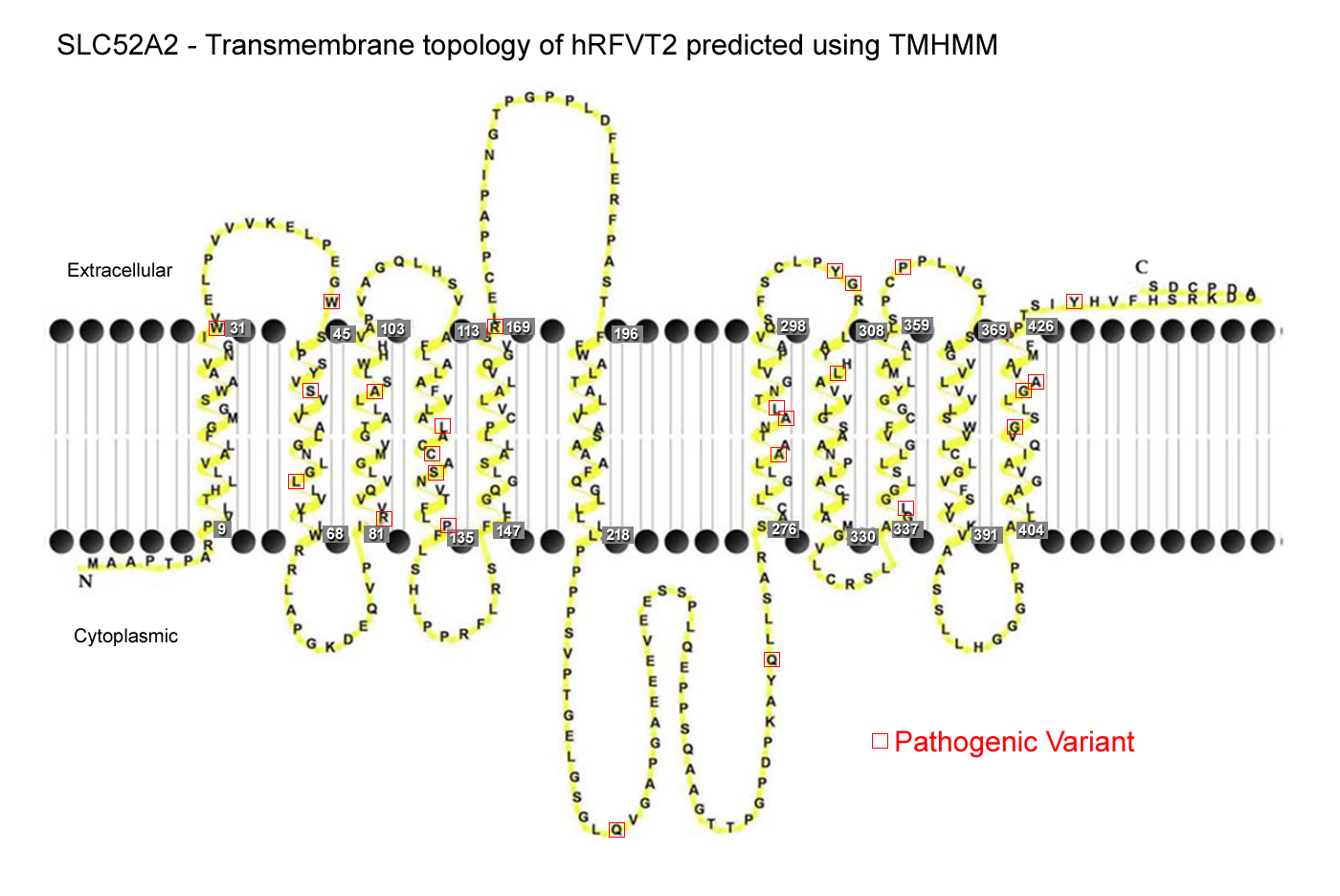