The most common symptom of both forms of Riboflavin Transporter Deficiency (RTD) is severe hearing impairment.   Over 95% of individuals in the Cure RTD registry and published literature with genetically confirmed RTD Type 2 (SLC52A2) or RTD Type 3 (SLC52A3) that did not receive riboflavin treatment developed mild to profound hearing loss over time. At this time, Cure RTD is aware of over 70 individuals with RTD that have received cochlear implants as a therapeutic option for their hearing loss.

Onset of hearing loss most often occurs between 9 months and 14 years of age, although onset has been reported in individuals as late as their mid-30s.  Hearing loss may progress from normal hearing to profound deafness in months or be slowly progressive over decades.

Audiometric results from individuals with RTD are consistent with auditory neuropathy spectrum disorder (ANSD) rather than a sensorineural hearing loss.  ANSD (sometimes called auditory neuropathy or auditory dys-synchrony) is a term used to describe the type of hearing impairment in which outer hair cell function is normal but there is a disruption in afferent conduction along the auditory neural pathway.   It remains unclear which structures in the auditory neural pathway are damaged in RTD.  There are no studies documenting inner ear pathology in individuals with genetically confirmed RTD, but post-mortem examination of genetically unclassified BVVL has shown loss of neurons and gliosis in the cochlear nerve and cochlear nuclei.

Learn about hearing basics, ANSD and how it relates to RTD- click here

The diagnosis of ANSD in RTD is based on a characteristic pattern of results on hearing assessments performed by audiologists.  In RTD the most common audiological test findings include:

One of the most common findings of the hearing impairment in RTD is very poor speech recognition despite the use of hearing aids. Common audiology findings in individuals with RTD include:

Depending on the extent of damage to the auditory pathways, some individuals with RTD are able to hear sound but may have difficulties understanding speech.  For others, all sounds may seem the same, like static or white noise, with no speech perception or they may not hear any sounds at all even with hearing aids.

Children with RTD generally have normal language development until the onset of hearing loss.  If significant hearing loss occurs at an early age a child may lose language initially acquired.  As some audiologists are not experienced with ANSD, prior to diagnosis, many children with RTD have been incorrectly labeled with learning disorders or cognitive impairments due to their inability to understand speech correctly.  These labels can potentially delay a diagnosis of hearing loss and hinder the implementation of corrective therapies.

Meneze and colleagues (2016) reported on a cohort of 7 children with RTD Type 2 (SLC52A2) with mild to profound hearing loss.  Riboflavin therapy resulted in improvement of hearing thresholds only during the first year of treatment and only in those individuals with recent-onset hearing loss. Individuals with hearing loss of longer duration, irrespective of severity, did not show any improvement despite being on therapy for 24 months.   For one individual, although the thresholds on pure tone audiometry improved after 12 months of riboflavin therapy, the individual continued to have significantly impaired speech perception and received a cochlear implant with an excellent outcome.

Individuals in the Cure RTD registry with RTD Type 2 or 3 have reported similar findings to the Meneze (2016) study.  Some individuals, especially those with very recent hearing loss, have reported improvements in both either pure tone audiometry thresholds and/or speech perception during the initial 12 months on riboflavin treatment with little or no further significant improvement even after over 5 years on treatment.  Several individuals with recent-onset hearing loss had improvement in pure tone audiometry thresholds during initial 12 months after starting treatment but with significantly impaired speech perception and required a cochlear implant.  No individual in the Cure RTD registry has reported any further significant improvement in hearing after 18 months on riboflavin.  The majority of individuals with hearing loss of longer duration report little to no improvement in hearing with current riboflavin treatment protocol.

The long-term benefits of riboflavin therapy on hearing loss and speech perception with Riboflavin Transporter Deficiency are still not well understood.

Despite the lesion being in the auditory pathway,  children with ANSD benefit from cochlear implantation as much as the general population.  It has been hypothesized that electric stimulation can be more effective at producing a synchronous electrical response than acoustic stimulation, which is why many individuals with ANSD do not benefit from hearing aids.

Based on the successful outcomes, a cochlear implant should be considered for any individual with RTD when acoustic amplification does not improve speech perception.  Despite less than ideal outcomes for some cases it also  cannot be discounted how much sound awareness can add to quality of life when dealing with multiple disabilities.

Studies on children with ANSD indicate that those implanted at an early age show the greatest benefit.  Given any improvement in pure tone audiometry thresholds and/or speech perception appear to occur within the first year of riboflavin treatment, any assessment for a cochlear implant should not be delayed.

Although hearing loss is the most common clinical feature of RTD it is often not the first reported symptom in younger patients.  It is important to note that the recognition of onset of deafness without performing brainstem auditory evoked potentials (BAEP/ABR) may be missed in infants and young children, especially those with simultaneous severe neurological problems. Furthermore, in patients with progressive bulbar palsy, damage to the acoustic brainstem pathway may be documented only by the ABR, although audiometry is normal.  Many cases of both RTD Type 2 and 3 have been documented to have normal ABR testing at very early stages of the disease process indicating that hearing loss should not be used as a primary clinical diagnosed tool for RTD at early stages of the disease.

Of over 100 individuals with RTD Type 2 in the Cure RTD registry and/or published literature,  only 31% had hearing loss as the first symptom, which was found in combination with other common symptoms, such as gait ataxia, optic nerve atrophy or upper limb weakness.  Only 7% of individuals with RTD Type 2 reported hearing loss alone as the first symptom.

With RTD Type 2, hearing loss may not be apparent until months to years after the first clinical symptom of RTD with an average 1.7 years (+/- 3.7 years, range 0 to 22 years) between the first symptom of RTD and the reported hearing loss.  In untreated individuals less than 6 years of age, hearing loss most often progressed rapidly resulting in severe to profound loss within a few years of onset (sometimes months) and reliance on lip reading or signing for communication.  In some mild cases of RTD Type 2, often presenting after the age of 8 years of age, hearing loss can progress slowly over many years or even decades.

Of RTD Type 3 cases presenting after that age of 6 years of age the most common presenting sign was hearing loss with poor speech discrimination.  In 20 individuals with RTD Type 3 in the Cure RTD registry or published literature that did not present until over the age of 6 years, over 50% reported hearing loss alone as the first symptom.  Hearing loss was reported between 6 months and 15 years before the development of other symptoms at age of onset of hearing loss in ranged from 6 to 33 years of age.  In later onset RTD Type 3 the loss can progress from normal hearing to severe-profound deafness in less than 2 years or be slowly progressive over decades.

Auditory neuropathy with no other symptoms?

The spectrum of disease is unknown and while most reported patients diagnosed with at a young age, there may well exist a larger cohort of patients with very mild phenotype, which many only include auditory neuropathy, who might benefit greatly from early treatment.  Of note is there have been reports in the literature of genetically unconfirmed cases of RTD with a latency of over 30 years between the development of hearing loss and involvement of other cranial nerves.

Prior to 2011, cases with a similar clinical presentation to Brown-Vialetto-Van Laere syndrome (BVVL), but no hearing loss, were referred to as having Fazio-Londe syndrome (FL) (MIM 211500, ORPHA56965). FL is now recognized to be the same disease entity as BVVL.  Several infants presenting as cases of FL have been found to have compound mutations in the SLC52A3 and now considered to have RTD Type 3.  Although hearing loss was not present at the time of diagnosis it remains unclear if auditory neuropathy to some extent occurs in all surviving cases of RTD when left untreated.  There have been several reports of siblings with RTD Type 3 in which one sibling died as a result of respiratory complications of RTD without any clinical signs of hearing loss, which historically would have been provided a FL diagnosis.  However, in these reports the sibling that survived longer has often developed hearing loss over time.

Fazio–Londe syndrome remains as an individual diagnosis outside of RTD.  Patients fulfilling the clinical diagnosis of FL, which include progressive ponto-bulbar palsy, lower and upper motor neurons limb signs with childhood onset and no hearing loss, but with no mutations noted in the SLC5252A2 or SLC52A3 genes have been identified.  These patients do not appear responsive to riboflavin therapy and the cause of their disease remains unknown.

Given riboflavin has been shown to be potentially lifesaving, damage can be irreversible and those left untreated all demonstrate a deterioration, riboflavin treatment should be commenced as soon as there is clinical suspicion of RTD is suspected and continued lifelong unless the diagnosis is excluded by molecular genetic testing.  It is therefore important for clinicians to identify those children warranting further investigation for Riboflavin Transporter Deficiency, among the many children and adults who present with recent-onset hearing loss. 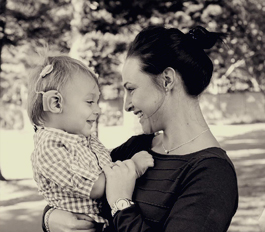