Sural nerve biopsies on six RTD Type 2 patients with relatively severe presentation were reported by Foley and colleagues (2014).  They found a chronic axonal neuropathy with fibrosis and continuous degeneration with no regeneration. Large myelinated fibres were consistently more severely affected. Regeneration was strikingly absent. Unmyelinated fibres were generally better preserved. There were no signs of inflammation, hypomyelination or demyelination seen on the biopsies. The remaining axons were mostly normal or atrophic in a few cases. Biopsies in other RTD Type II patients with milder clinical feature have shown similar features but with some reports of axons with mild demyelination with remyelination. Non-myelinated fibers were found to be well preserved. The absence of regeneration may be more suggestive of a neuronopathy. Preferential involvement of large myelinated fibres may explain the sensory ataxia and areflexia.

A sural nerve biopsy taken from a patient with RTD Type 3 revealed signs of a motor neuronopathy and axonal degeneration (Johnson et al. 2010).

Generally atrophy of type 1 and 2 muscle fibers with no light microscopic evidence of mitochondrial myopathy. 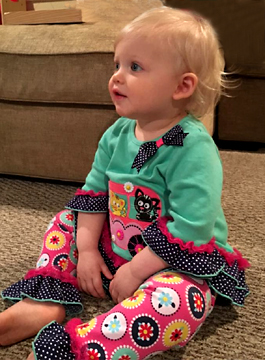