Despite extensive laboratory testing in many RTD patients, biochemical abnormalities that can be used as reliable diagnostic tools for RTD have yet to be found.  Laboratory findings that can be used for tracking treatment effectiveness also remain elusive.

Abnormalities noted in RTD patients prior to riboflavin therapy can be mild and transient. Transient findings may be caused by fluxes in intracellular flavin levels due to changes in diet, metabolic stress from illness or surgery, or variable fasting times prior to testing.

Laboratory findings in RTD patients are often normal, with biochemical abnormalities found in less than 50% of RTD patients.  In combination with the clinical, neurophysiologic, and neuroimaging results, the presence of one or more of these abnormalities should raise suspicion of RTD prior to confirmation via genetic testing.  Abnormalities noted have included:

There is the potential for a subset of patients with RTD to be detected by newborn screening (NBS).  After several reports of RTD Type 3 patients with no alterations in their NBS acylcarnitine profile, there were doubts that NBS could be used for early detection of RTD (Bosch et al., 2012).  However, two patients with RTD Type 2 with mildly increased levels of medium-chain acylcarnitine species on NBS have recently been described (Rocha et al., 2016, Fu et al., 2016).  The authors hypothesized that these infants had abnormal acylcarnitine profiles, because maternal riboflavin would not normalize the newborns’ biochemical profiles, as it might in RTD Type 3, because of the intrinsic defect in cellular riboflavin uptake.  These findings raise the possibility that some cases of RTD could be detected by NBS using existing technology.

Given it’s low cost and the significant benefits of early treatment, an acylcarnitine profile should be considered for any patient with features of an RTD, even for those with a congenital-onset auditory neuropathy.

Vitamin B2 exists in blood as riboflavin and its derivatives, flavin mononucleotide (FMN) and flavin adenine dinucleotide (FAD), which together are often termed “flavins.”  In both of RTD 2 and 3, riboflavin, FAD and FMN levels can be within their normal physiological ranges in both plasma and whole blood. As a result, blood flavin levels cannot be used for confirmation of a diagnosis of RTD.

Of these, an increased ethylmalonic acid level is the most commonly reported urine organic acid abnormality.,

Riboflavin plays important roles in mobilizing ferritin iron from tissues and facilitating iron absorption from the gastrointestinal tract.  As a result, even mild to moderate riboflavin deficiency can result in anemia with a normal (normocytic”) or small (“microcytic”) red cell size (microcytic anemia).  In addition, FAD and FMN play important roles in mitochondrial function and the metabolism of vitamins B9 (folic acid) and B12.  Both folate and B12 deficiencies and mitochondrial dysfunction can result in anemia with large blood cells (“macrocytic anemia”) or normal red cell size, when iron deficiency is also present.

Although the exact causes are yet to be determined, a small subset of patients with RTD have been found to have:

Anemia can be macrocytic or normocytic, and the RDW (Red blood cell distribution width) can be increased.

Seven patients with RTD Type 2 have been found to have transfusion-dependent macrocytic anemia responsive to riboflavin treatment. 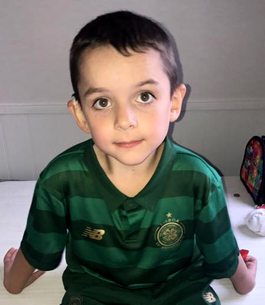