RTD is a progressive and devastating neurological disorder characterized by a motor, sensory and cranial neuropathy.  Patients with RTD caused by mutations in either the SLC52A2 or SLC52A3 genes are referred to as having RTD Type 2 and RTD Type 3, respectively (see RTD Types). Although there are many overlaps in the symptoms of RTD Types 2 and 3, they both have distinct phenotypes (observable sets of characteristics).

Age at onset of symptoms, time interval between symptoms, and severity and rate of decline are highly variable in RTD, even among siblings or those sharing identical SLC52 gene mutations. The course of untreated RTD is highly unpredictable; symptoms can occur simultaneously and progress rapidly, or there can be months or years between symptoms, with slow progression and periods of stability (see Progression of Symptoms below). RTD can manifest itself anytime between birth and mid-30s, although onset is most often in early childhood (see Age of Onset below). There may well exist a large cohort of patients still to be identified, with a milder phenotype and/or an older age of onset, who many benefit greatly from early riboflavin treatment.

Using data obtained from the Cure RTD Foundation International Registry and from published literature, a retrospective case review of 153 individuals with genetically confirmed RTD has been performed.  The following table gives the most common presenting (initial) symptoms in RTD.  These initial symptoms can occur either simultaneously or individually, with weeks to years passing before other symptoms appear.  Details and differences between these features are discussed in the sections below.

Other features at disease onset may include:

Deep tendon reflexes are consistently absent in RTD Type 2 but can be absent, brisk or normal in RTD Type 3.

(1)   There may be a higher rate of hearing loss, as a result of auditory neuropathy, as the first symptom in young children than what has been reported at the first examination.  The recognition of onset of auditory neuropathy may be missed in infants and young children without performing brainstem auditory evoked potentials (BAEP/ABR), especially those with simultaneous other neurological problems (see Hearing Loss in RTD).

(2)  Although not the first symptom,  gait ataxia may be noted early in young RTD Type 3 patients soon after the onset of other symptoms, but unlike RTD Type 2, potentially with normal or brisk deep tendon reflexes and potentially upper motor neuron and cerebellar signs.

If left untreated, RTD results in a progressive decline that is fatal as a result of respiratory failure in over 50% of individuals within 6 months to 10 years of onset of symptoms.  Patients with early fatality may not develop all the classic symptoms of RTD noted below, such as hearing loss.

Table 2 below is a comparison of individuals that survived over 10 years after the onset of the first symptom without receiving riboflavin treatment.

Other features may include:

The most common clinical finding in RTD is severe hearing impairment.  Hearing loss may progress from normal hearing to profound deafness in months or slowly progress over decades. Audiometric results from individuals with RTD are consistent with auditory neuropathy spectrum disorder (ANSD) rather than a sensorineural hearing loss.  ANSD is a term used to describe the type of hearing impairment in which outer hair cell function is normal but there is a disruption in afferent conduction along the auditory neural pathway. One of the most common findings of hearing impairment in RTD is very poor speech recognition despite the use of hearing aids.

RTD affects motor and sensory neurons in the brainstem (the part of the brain that is connected to the spinal cord), specifically a region of the brainstem known as the pontobulbar region.  Symptoms are highly variable between individuals and may include one or more of the following:

Aspiration Risk:  As a result of difficulties in swallowing, food and saliva can be inhaled into the lungs (aspiration) leading to pneumonia.  In combination with respiratory insufficiency, aspiration-related pneumonia is one of the most common causes of fatality in RTD.  Severe dysphagia in RTD often necessitates a gastronasal or PEG tube for feeding.

There is often prominent pontobulbar palsy associated with RTD Type 3, most often affecting cranial nerves VII to XII, especially in patients presenting under the age of 6.  Vocal fold paralysis, resulting in inspiratory stridors and/or dysphonia, is often an early or presenting feature, which can necessitate the use of a tracheostomy.  Facial weakness, dysphagia and tongue weakness, atrophy and fasciculations, are regularly observed.

Muscle weakness is caused by damage to motor neurons in the spinal cord and brainstem. The loss of motor neurons leads to weakness and wasting (atrophy) of muscles, including those used for movement, breathing and swallowing. Weakness can progress from normal strength to complete paralysis of the affected area within months or over decades. Muscle weakness is observed as decreased muscle tone and may lead to flaccid paralysis of the affected muscle, although spasticity has been noted in some RTD Type 3 patients. Muscle weakness also affects the muscles involved in respiratory function, including the diaphragm, which can lead to respiratory insufficiency.

There is a very distinct pattern of weakness in RTD Type 2 which is rarely seen in other neuromuscular disorders.  In RTD Type 2, weakness is observed in the upper limbs (arm and hands) and axial muscles of the trunk and head, with little involvement of the lower body.  Weakness can involve both proximal and distal limb musculature, and often results in severe hand weakness and wasting.  In patients with RTD Type 2 presenting under one year of age, weakness may initially appear generalized with prominent upper body involvement only becoming apparent over time.

Muscle weakness in RTD 3 is often far more generalized, although more prominent involvement of the upper body has been noted in some cases.

One of the most common and often first symptoms in RTD Type 2 is sensory gait ataxia. In RTD this is demonstrated as a clumsy, staggering walk with a wide base of support and frequent falls.  Patients may hit their foot harder onto the ground when walking and have more trouble ambulating in low light conditions.

This form of ataxia is not caused by cerebellar dysfunction; rather, it occurs from the loss of a natural sensory ability called proprioception. Normally, we rely on this ability to keep track of our body’s physical orientation in space. When we lose proprioception, we cannot completely compensate for the information deficit with input from vision or our other senses. As a result, symptoms of ataxia develop.

In early onset, patients may either never walk without support or walk slightly later than normal.   Despite preserved strength in the legs, sensory ataxia often results in the use of a wheelchair or other supportive devices.

During disease progression, numerous sensory modalities can become involved, often symmetrically, in a distal to proximal gradient (hand to torso).  Vibration and proprioception are the most severely affected, usually followed by loss of pin-prick, temperature and lighttouch perception. Issues with taste and smell are generally not reported.

One of the most common clinical findings in RTD Type 2 is progressive vision impairment as a result of optic nerve atrophy, variably associated with nystagmus. Optic nerve paling is normally bilateral and symmetrical.  Nystagmus is generally symmetrical with torsional/horizontal movements.  Vision loss can progress from normal vision to legally blind (over 20/200 vision) in months or slowly progress over decades.    Although vision loss is rarely reported in RTD Type 3, photophobia is commonly reported.

The underlying basis for respiratory compromise is still not well understood and can include:

Sleep apnea, which generally involves more prominent obstructive apnea findings, is the most common initial respiratory symptom in RTD Type 2, often necessitating the use of bipap during sleep.  With disease progression, involvement of respiratory muscles may be noted, including diaphragm paralysis resulting in respiratory insufficiency.  Although less common, an infant with RTD Type 2 has been noted to present at birth with hyptonia and paradoxical respiration with diaphragmatic eventration.

In early-onset RTD Type 3, rapid respiratory insufficiency as the result of paralysis of the diaphragm and vocal cords is a common finding, often resulting in tracheostomy and fatality within 1-2 years of the onset of initial symptoms if untreated.

In older-onset RTD Type 3, respiratory compromise is also commonly the result of a combination of respiratory muscle weakness, but progression can be rapid or occur over decades.

In addition to obstructive apnea, several RTD Type 3 patients have been reported to have apneas largely central in nature, requiring a tracheostomy.

RTD can manifest anytime between birth and mid-30s.  Prior to the onset of symptoms, individuals with RTD have normal development. An infection or fever often precipitates the initial onset of symptoms, but in many the trigger is unknown.  Age at onset and clinical presentation may vary within the same family, with both childhood- and adult-onset disease being observed in the same sibship.  Earlier age of onset is often, but not always, associated with a more severe disease presentation.

The spectrum of disease is unknown, and while most reported patients with severe disease are under the age of 20, a larger cohort of patients may exist with a milder phenotype who might present at older ages.

After the onset of the first symptom, the progression of clinical symptoms of untreated RTD is variable, even between siblings.  Untreated, RTD patients may progress slowly with potential periods of stability punctuated by periods of rapid deterioration.  Periods of rapid deterioration can last months, during which time devastating damage can occur.   Alternatively, patients may progress slowly with potentially long periods of stability.  During periods of stability, which may last for months to years, recovery of some function has been noted; this function, however, is often lost again in future declines.

Events during which riboflavin is in higher demand may trigger the onset of disease or cause a worsening of symptoms.  Such precipitating events may include viral infection, fever, surgery, vaccination, or pregnancy.

The spectrum of RTD is still unknown, and there may well exist a large cohort of patients with a milder phenotype than that described in the sections above. In any patients meeting the clinical criteria listed here, a disorder of riboflavin transport should be considered and a trial of riboflavin supplementation given whilst awaiting genetic confirmation of the diagnosis (see Riboflavin Treatment). 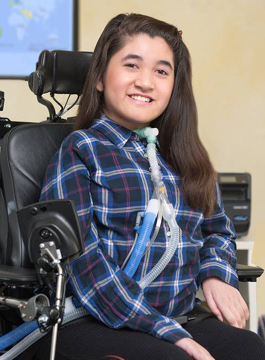