Formerly known as Brown-Vialetto-Van-Laere (BVVL) or Fazio-Londe (FL) Syndrome, RTD is inherited in an autosomal recessive manner, meaning that individuals with RTD have two mutated (abnormal) copies of either the SLC52A2 or SLC52A3 gene – one inherited from each parent.

The three distinct types of RTD are classified as follows:

Remarkably, only a single patient with SLC52A1 has been reported, which resulted in a transient case of multiple acyl-CoA dehydrogenation deficiency and not classic RTD symptoms.  In addition, there is a single report of riboflavin deficiency in an infant of a mother with one mutation in the SLC52A1 gene (RTD Type 1).

Although there are many overlaps in the clinical symptoms of RTD Type 2 and 3, they both have distinct clinical features, which is likely the result of the distinctive expression patterns of RFVT-2 and RFVT-3 transporters across various tissues in the body. For differences between RTD Types 2 and 3, see Signs and Symptoms.

There appears to be a similar prevalence of RTD Types 2 and 3, and neither form is considered to be “worse” than the other.  Both forms can have mild or severe presentations and similar responses to riboflavin treatment.

Several individuals have been identified that have both classic RTD symptoms and dramatic responses to riboflavin therapy but do not meet the above classification.  These have included:

Most people in the general population have two functioning copies (alleles) of both the SLC52A2 and SLC52A3 genes. People with one faulty copy and one functioning copy of either the SLC52A2 or SLC52A3 gene are called “carriers”.  The possibility that a single mutated allele can cause disease when usually two mutated alleles are causative has been considered for many other neurologic disorders.  In those individuals identified with only a single SLC52A2 or SLC52A3 mutation, it remains possible that a heterozygous copy number variant on the other allele, or a pathogenic mutation in a non-coding region of the SLC52 gene such as a deep intronic or promoter variant, exists but has not been identified.  In general, carriers of RTD, such as parents of a child with RTD, do not present classic RTD symptoms.  More research is required to identify all possible forms and causes of RTD.

Several individuals have also been identified with RTD symptoms and a positive response to riboflavin treatment without any mutations in the three SLC52 genes.  Similar to carriers with RTD symptoms noted above, the possibility remains that riboflavin transporters were malfunctioning in these patients but not identified by standard gene testing.  It is also possible that other genes, potentially associated with riboflavin metabolism, could also be causing these symptoms. 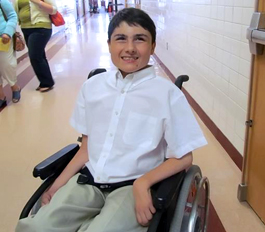